"Women in Tech" Part One: A Datix, Inc. Developer Weighs In 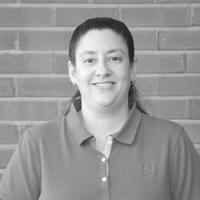 What made you want to work in a technical position?

I had always been interested in computers growing up for two reasons: my Dad was a Project Manager over mainframe computer projects and home video game systems started to become popular in the 80s. I quickly got hooked on playing video games at my friend’s houses. Two of my most memorable days from childhood was when I received the Atari 2600, and when I bought my first home computer with my Bat Mitzvah money. Soon after, I learned how to connect my modem to Bulletin Board Systems and that’s where I ended up spending all my time as a teenager.

What advice would you have for other women looking for a similar career choice?

You have to be passionate about whatever career choice you make, otherwise you’ll be miserable. Because I was so hooked on playing with my computer, all the countless hours I spent on it helped me to increase my skills. I got my 10,000 hours in as they say. Even though I wasn’t the greatest at programming when I first started out, I still stuck with it because I just wanted to be on the computer at all times.

Whatever career choice you do make, you have to practice. And read about it. Then join groups and meetings and be among other people who have the same passions and interests. You’ll become smarter and better by spending time with experts in your field.

What are your strengths that you think you add to the team, to a company or Datix specifically?

After 16 years as a programmer, I bring a lot of previous experience. I have worked for both large and small companies as well as having worked on a wide variety of projects and technologies. I started out programming RPG on an AS/400 and worked my way from Classic ASP with VBscript to C# .NET and MVC. I have worked for several consulting companies as well as global website projects such as Reuters.com and NewBalance.co.uk. Over the years, I have found that while I may not be the quickest or smartest programmer, I have found my niche in my methodical and thorough approach to coding which helps avoid problems later. I also enjoy process and documentation, which are often the details that a technical lead may not have time for so I can take on those tasks for them.

Read Part 2 to find out how Michelle feels about other public opinion pieces and her personal advice to other women.

Tags: The Datix Insider, Datix: Under the Hood