Innovation Starts from Within: Why Datix Hired a LaunchCode Apprentice 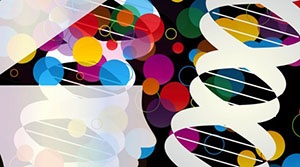 Innovation Starts from Within

Datix is always looking for ways to innovate and bring fresh, new ideas to its clients. Hard coded into the DNA of our company is entrepreneurship and the drive toward constant innovation. So it is no surprise that the company turned to an innovative, local tech talent incubator called LaunchCode to help find new developers. It is through that program that Datix met Mike Dintaman, who would become its very first development team apprentice.

As with most companies not named GE, IBM or Google, finding and cultivating new sources of talent is a huge challenge at Datix. So when Datix learned about an innovative new tech talent development program, it knew it wanted to be involved.

St. Louis-based LaunchCode, founded by Square co-founder Jim McKelvey, trains individuals with limited to no coding background. Promising participants, upon completion of the program, are given the chance to interview at local companies. Participants who are placed with a company enter into a three month apprenticeship, which may or may not result in a full time offer.

Mike Dintaman’s path to employment in the tech world, though not direct, led him to his intended career.

Although always interested in coding, his previous experience consisted of a wide variety of non-technical roles including a job as a screen printer, a book binder, a uniform warehouse worker and a server at a gourmet restaurant.

Dintaman had reached a point where he was ready to start the next leg of his journey. When he heard about LaunchCode, he knew this was his chance to turn his interest in coding into a full-time career.

“Programming was always something that interested me,” Dintaman said. “I signed up to take Harvard’s CS50x free online course. It was around that time I heard that LaunchCode was going through the same class and at the end they would help you find a job. I went to the first meeting where Jim McKelvey gave a program overview. I only went to meetings the first week and then decided to complete the course on my own through self-study.”

Dintaman worked hard during the program. After completing the coursework, participants were invited to a Harvard-sponsored hack-a-thon. Dintaman had only one month to learn a new coding language and develop an app for the event. He received positive feedback on his app and after some final evaluations, Dintaman was deemed ready for apprenticeship.

Looking for the Right Opportunity

Dintaman was ready to put his skills to use. He wanted to work for a consulting firm because he thought it would be rewarding.

“I liked the idea of doing something in consulting,” Dintaman said. “Learning a wide array of things and not having to do the same thing over and over again excites me.”

With several options suggested by LaunchCode, Dintaman narrowed down his focus to consulting companies with a tech emphasis. He wanted to work for a company where tech was an integral offering of the company, not simply a single department.

Datix, a firm continually on the hunt for top talent to support its growth, has always recognized the value of employees with diverse work and life experience, as well as an entrepreneurial spirit.

“We see our varied backgrounds as one of our biggest strengths,” said Bryan Sapot, Founder and Managing Partner. “Our staff is comprised of a former Marine, a sommelier, a mixed martial artist, and others with fascinating backgrounds. What everyone has in common is a desire to achieve the best results for our clients.”

Datix was drawn to LaunchCode because of the type of person the program attracted: entrepreneurial, hungry and committed.

So Far, So Good

It took some time before Datix and Dintaman finally met. Datix was looking at several other applicants, through traditional means, to fill an entry-level position. Dintaman had interviewed at another consulting firm, but found it was not an ideal place for him. Eventually, LaunchCode recommended Dintaman interview with Datix.

“When I interviewed Mike, I knew he was what we were looking for,” Sapot said. “Culturally, he is a great fit and he learns quickly.”

Sapot offered him the chance to come on board as an apprentice. Dintaman accepted and began working alongside another developer to support a client project.

“It is very rewarding working in a culture like the one Datix has developed,” Dintaman notes. “I enjoy the types of problems I am solving. What I do every day helps businesses run more efficiently.”

Datix is pleased with the early returns. And the organization will continue to look for innovative ways to bring new talent aboard.

“Mike’s apprenticeship is a result of the right opportunity meeting the right person. For Datix, it was a matter of looking in non-traditional areas,” Sapot said. “We will continue to look for innovative ways to find talented people like Mike who add a fresh perspective to our team.”

Tags: The Datix Insider, Datix: Under the Hood