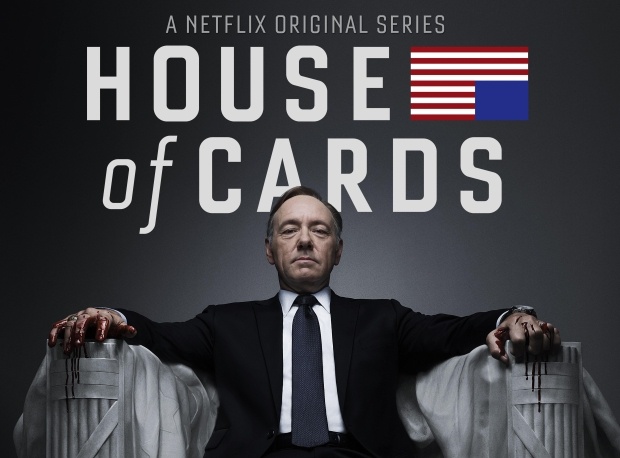 As a top ERP, CRM, and business intelligence consulting firm to the mid market, our focus often centers around helping businesses gather and use intelligent information to model processes in their business to make it more effective and profitable. What's interesting is that this concept is making its way to show runners in Hollywood. An interesting story was recently shared with our team regarding business intelligence applications and it's inclusion in the popular Netflix series House of Cards.

Dozens of area Fortune 500 C-Level executives recently convened to discuss today’s hottest topics in technology and business innovation at the Gateway to Innovation Conference in St. Louis. Our team was especially intrigued with a speaker whom made a presentation regarding how media conglomerate Netflix had been using business intelligence applications to create the hit series House of Cards. The presenters opening remarks alluded that "the creators of House of Cards knew it was a hit, before it was a hit”. It sounds a bit like a Hollywood cliché, but it was essentially true; at least logistically.

The show House of Cards helped catapult Netflix's business into another realm of industry relevance and success. What's even more fascinating? Most businesses in North America could employ their exact strategy and experience similar results. Let us explain...

Why House of Cards Was Built With B.I. 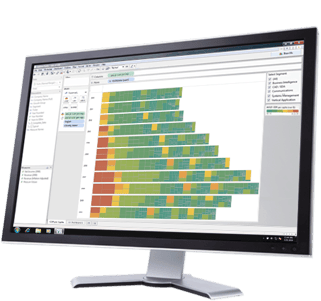 In 2013, Netflix—a global provider of on demand Internet media streams—produced House of Cards based on an early British made for TV trilogy. Their decision wasn't to recreate a 30 year old sensation, but rather introduce societal blemishes from the past series to a new audience of jaded observers of modern day politics; and the occasional person who loves a deliciously cynical plot.

Netflix producers used data models from business intelligence software to recommend decisions around the show. This BI approach is not new; however, Netflix took the method to an entirely new level. Netflix wanted to move out of the 3rd party content streaming space and into a content production and delivery platform. The show creators knew their project had to be a smash hit on the first go-round. They hoped that by using strategic business intelligence tactics— often applied by Fortune 500 companies— that they could effectively build a popular show in the lab prior to releasing it for critical reception. They ultimately used agile analytics that which honed in on three major findings to build their show.

So how was the show built? A healthy majority of the show' target viewers had a strong collective affinity for Emmy winning actor Kevin Spacey; best known for portraying a deceitful and abhorrent persona. The same profile of viewers also closely followed David Fincher, the director of The Social Network. And lastly, intelligence models pointed Netflix to the popular British series House of Cards (which had been largely forgotten). Those three main points were mixed together to create the now widely popular Netflix series. By using business intelligence, the streaming content service was able to produce a dynamic new show while eliminating many of the trial and error processes that show runners often experience.

Purchasing the license to the older House of Cards series ended up being a solid bet. By using business intelligence to effectively build and launch the show, Netflix continued a trend of media innovation that they had built a reputation for in the industry. The lessons that can be drawn from this experience are vast. Netflix essentially demonstrated how Hollywood shows could be redesigned and executed upon in a more affordable and efficient matter. It started with using data to draw quality reports and ended with modeling actions and processes after that data.

Businesses of all shapes and sizes can duplicate this success inside of their businesses using this exact same formula. By including BI solutions in organizational reporting, companies could begin evaluating how they unroll new products, solve complex manufacturing issues, and improve business processes in new and exciting ways. Where will the data come from? Easy, most businesses already have it. It's configured inside of all of your various enterprise software systems and spreadsheets. How do you make that data intelligent? Streamline the data by connecting the software and wrap the business intelligence solutions around that interconnected system. This approach will allow organizations to transform their business in the same way that Netflix was able to with the creation of House of Cards.

The presentation’s most memorable view was something we often discuss in our posts. Modern businesses are becoming increasingly aware of the notion that business intelligence solutions can become a new standard of problem solving. It is not simply an arbitrary idea, but rather a something that can manifest itself into an actionable and profitable strategy for businesses that may be wrestling with how they can evolve.

The pairing of enterprise software with business intelligence solutions can bring end-users information they care about and present it in an intuitive, understandable, and actionable format.

For more information about how to integrate business intelligence software with your system, contact our consulting experts today.